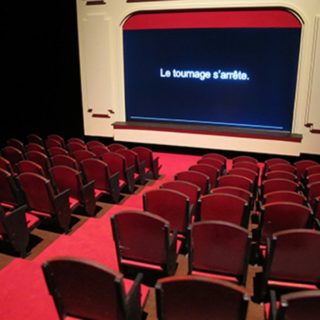 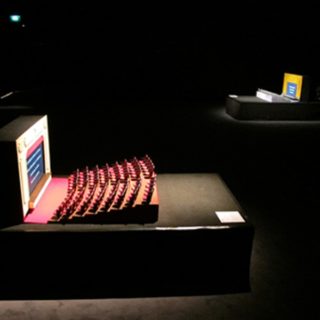 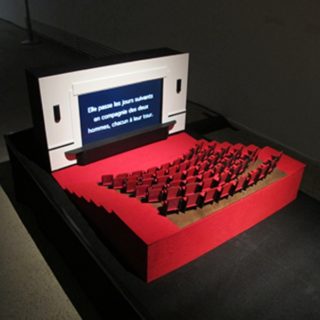 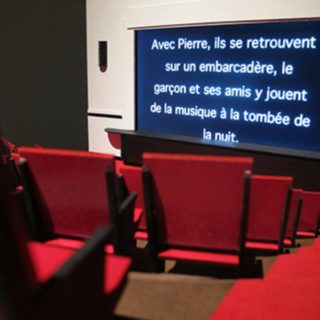 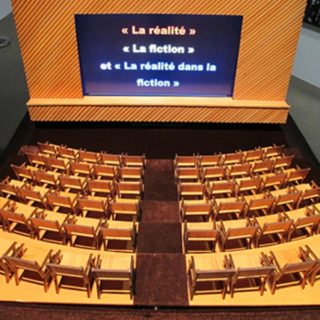 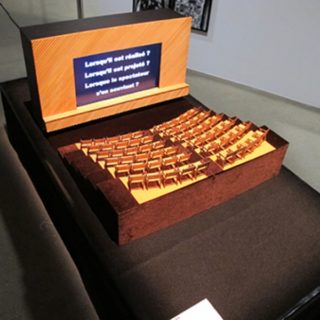 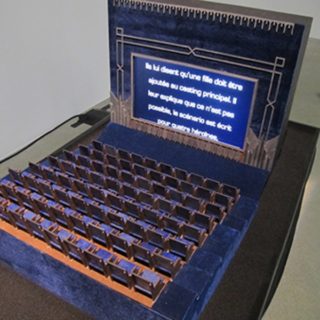 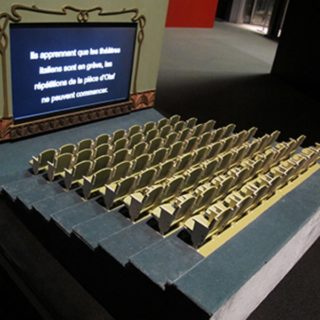 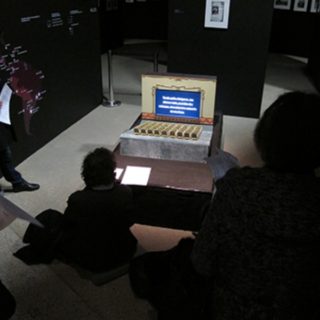 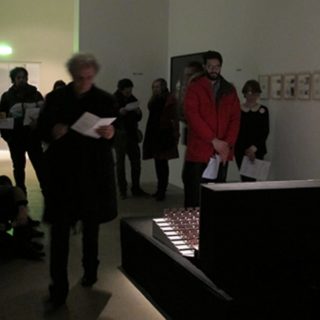 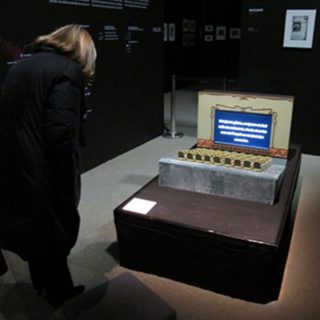 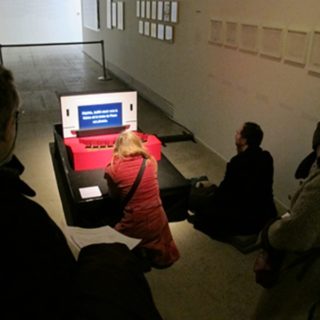 Societies are built from the fictions they produce. Which space occupy on them frustrated fictions, the unrealized ones?
The Paradise is an event that tries to bring to life something that was unfinished .

Seven maquettes (scaled models) reproduce movie theaters designed by famous architects that were going to be build and for different reasons were not realized.
On the screens of each of these miniature theaters are projected texts which narrate films of renowned directors that were never filmed.

The projected texts somehow become the unrealized films. By reading these texts , descriptions of how would have been the scenes of the movies, a possible film is being formed in the imagination of the viewers.
Movies that did not materialize by Ingmar Bergman, Jean-Luc Godard, Martin Scorsese, Éric Rohmer, Abbas Kiarostami, Wong Kar-wai and Michael Haneke suddenly come alive.
Each of these films made of words are accompanied by music that try to interpret what could have become the musical soundtrack from the original movie.
And each is projected into maquettes which reproduce as faithfully as possible unfinished movie theaters by architects Victor Horta, Alvar Aalto, Le Corbusier, Frank Lloyd Wright , Cesar Pelli, Oscar Niemeyer and Jean Nouvel.

The projections last ten minutes and are repeated in loop over two hours.
The audience can sit on the floor around the cinemas to watch / read the films.
The public can also move from one maquette to another in the order of their preference.

Next to each of the maquettes of the cinemas there is also an informative text which tells in what place was planned to be built, why it remained unfinished, which historical moment was facing the country and also information about the film that is projected on it now.

The Paradise is a place where unfinished films and cinemas have a new opportunity to come to life.