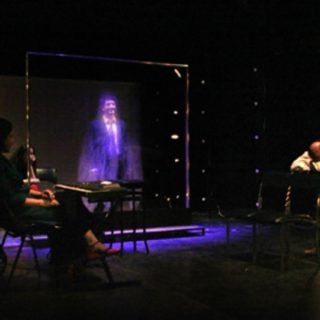 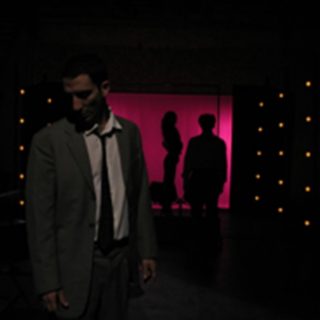 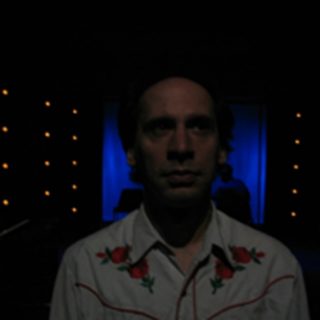 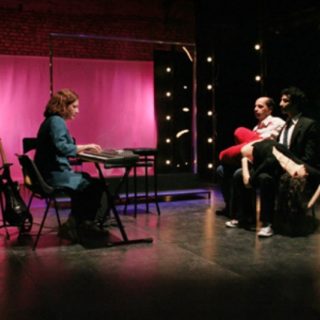 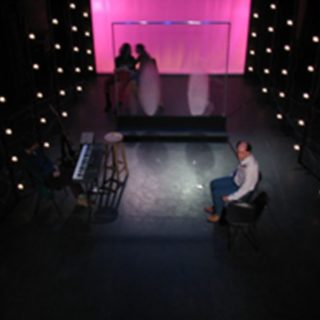 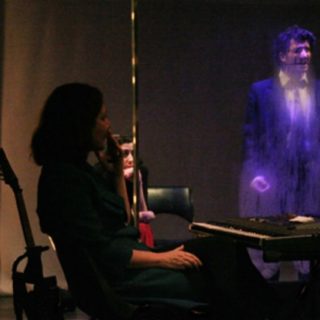 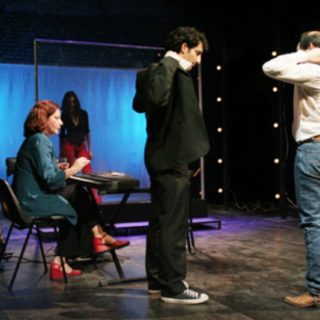 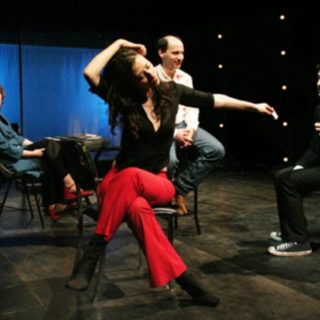 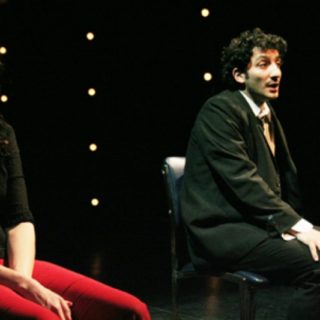 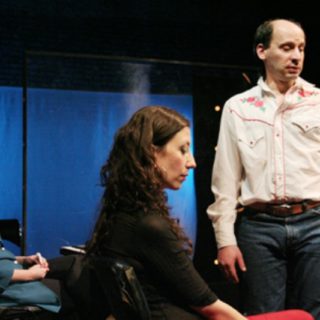 Ten stories like the tracks on a disc. Characters that cannot stop telling their stories. Like a glass misty with steam: it hides something that there is behind but at the same time it makes things visible that somebody has written on its surface and of another way they would not be seen. Stories with music performed alive.

A Cowboy dreams about Pampas and ñandúes in flames, a pale young person to whom cause to please to visit dyings faking being friend of the childhood, a woman who sings a song about the memories that an empty house keeps…

The play is composed from ten different situations where the characters are the same although what he happens is different. Characters who narrate, confess, exhibit themselves to the public.
The steam like a state of an element that takes place under certain conditions. That state transferred to the bodies and stories of the characters. Brief outbreaks.

Vapor was premiered in 2004 at Espacio Callejon in Buenos Aires and was performed during three years until the end of 2006. The text of the play won the first prize of the GERMÁN ROZENMACHER DRAMATURGY AWARD organized by the Buenos Aires International Festival.