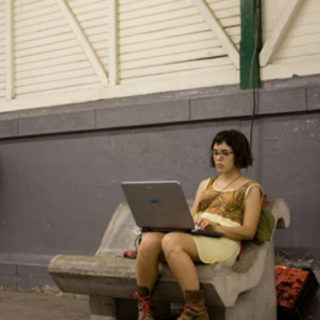 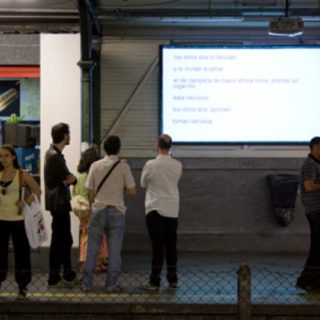 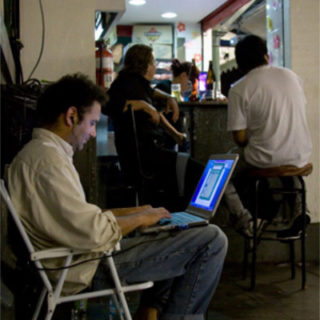 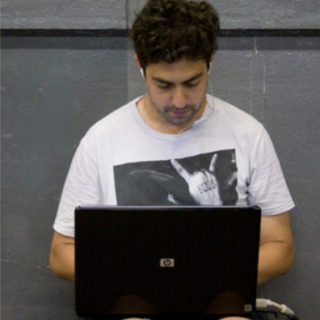 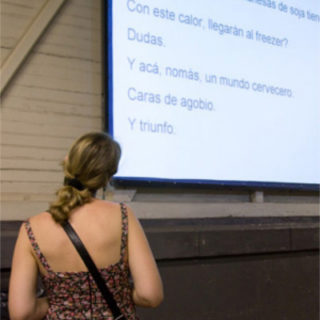 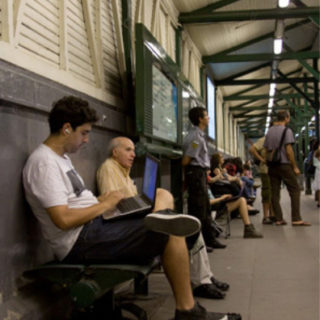 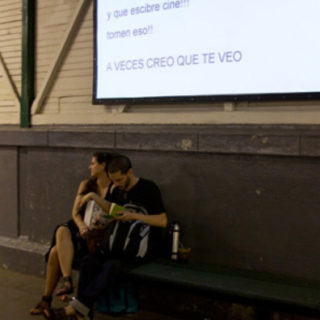 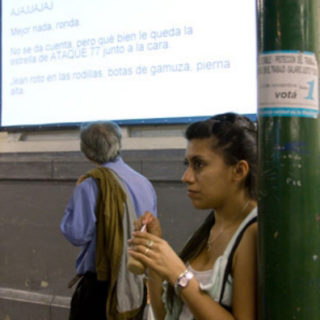 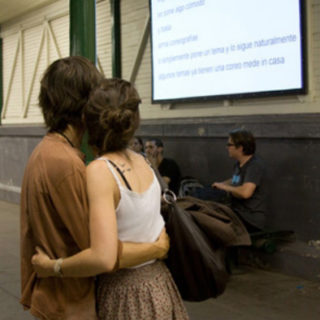 SOMETIMES I THINK, I SEE YOU

A train station. Four authors observe the space from various perspectives. Typing into their laptops, they write live on what they see in the railway station. And other things too: private observations, things they make up, or historical information. Every word they type is projected onto a large screen, a separate one for each author.

The audience and the casual passers by of the train station start to be part of the narration of the writers. When they check at the screens they notice they’re becoming characters in some kind of fiction created on the spot.

The audience sees how the writers create a sort of novel alive taking the reality that surrounds them. And they also have the possibility to “act”, to interfere that fiction; they are part of the creation of a collective narration that reflects a time and a space.

Like surveillance cameras recording anonymous individuals’ every movement in the station, each writer transforms the spontaneous progress through a public space into narratives conveying what is going on – or might be going on – inside people’s heads in parallel with the bustling life of the station.

Sometimos I think I can see you was premiered in Berlin in September 2010 as part of the Ciudades Paralales Festival and produced by Hebbel am Ufer. It was presented at subway station Hallesches Tor with the writers Jörg Albrecht, Gesine Danckwart, Anne Habermehl and Tilman Rammstedt.
The performance was presented in Buenos Aires in November 2010 as part of the same festival in train station Palermo and with the writers Iosi Havilio, Agustina Muñoz, Santiago Gobernori y Laura Meradi.

During 2011 is going to be presented in Heimspiel Cologne, Kunsten Festival des Arts Brussels, as part of Ciudades Paralelas Festival in Warsaw and Zürich, and in the city of Rotterdam.