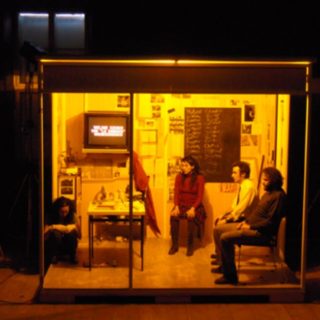 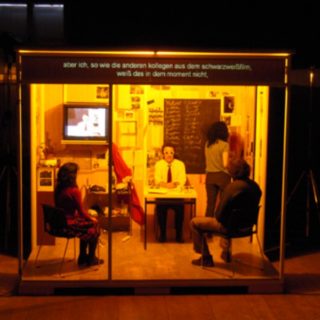 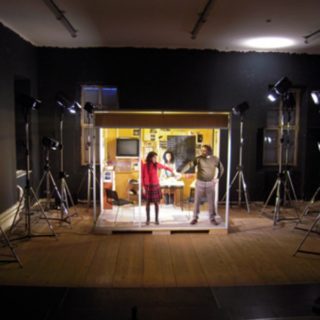 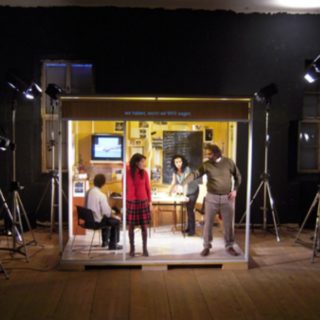 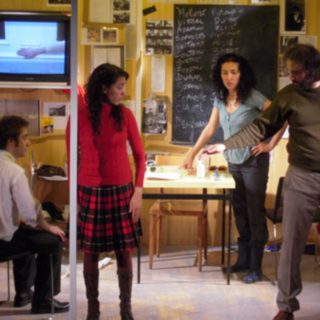 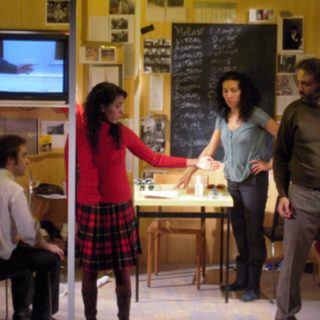 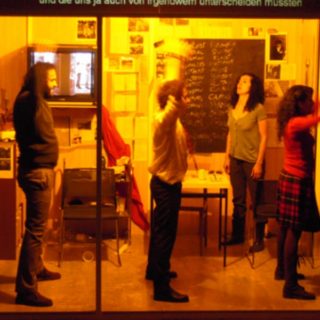 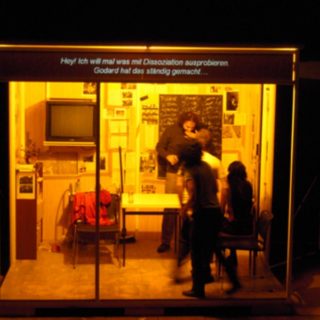 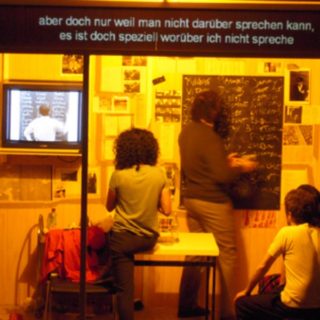 Nobody’s Colleague it’s a text by Austrian playwriter Johannes Schrettle about diverse topics such as revolution, work, the police and language. Godard’s film “La Chinoise” is mentioned in several parts of the text and I decided to work with it to structure the staging.

In 1967 Godard directs “La Chinoise”. In the movie a group of college revolutionaries lock themselves in the bourgeois apartment of one of them to try to plan the revolution.
In 2008 a group of argentinean actors using a text wrote by an Austrian author lock themselves in a small film set to try to reproduce scenes from “La Chinoise” in order to feel what revolutionary actors felt 40 years ago.

Is all revolutionary experience marked by the aesthetic and speeches from the 60s? Is it possible for an actor to represent something, to “act”, or the only true option is just to “speak”?

Colega de Nadie was premiered in October 2008 at Steirischer Herbst in Graz, Austria.