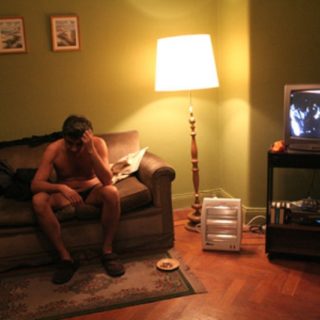 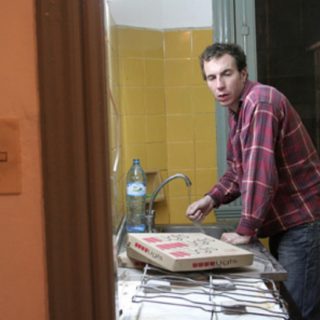 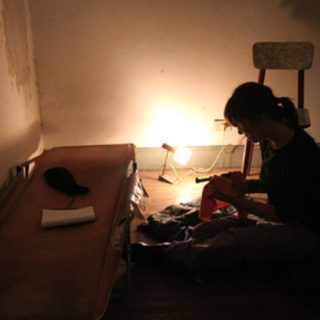 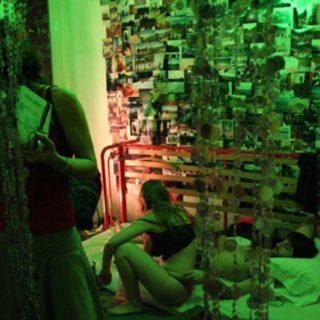 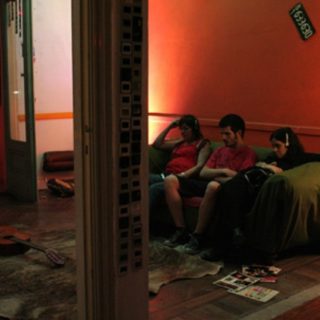 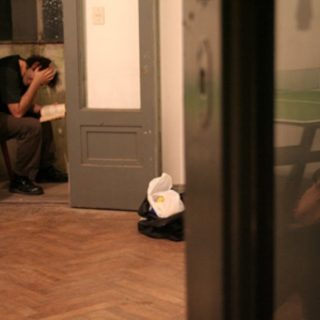 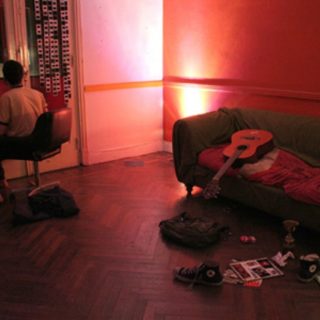 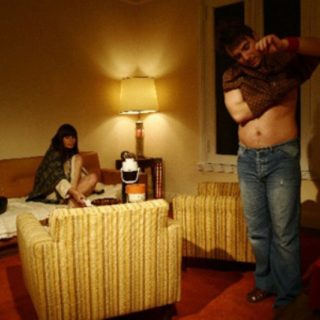 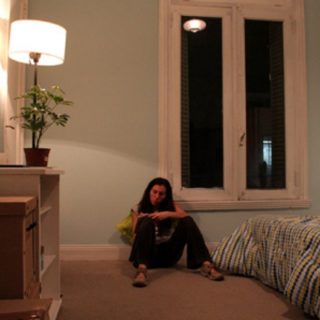 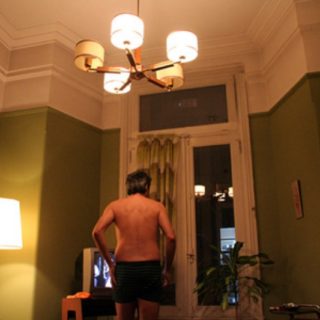 Inside a real building in the center of the city.
Corridors with doors that give access to six different apartments. The spectators may open the doors and enter the apartments.
Inside each apartment there are actors playing different situations. Some are everyday situations, others are more unusual. There are no dialogues. The spectators have audio players with headphones over which they hear things about the situations they see in the apartments. Stories about the characters, their thoughts, etc.
As if they were invisible, the spectators may explore those different spaces, peek inside the lives of the people they see, observe their activities, while receiving information over the headphones.
Every spectator may chose his or her own route through the corridors of the building and decide the order in which they enter the apartments.

To get inside the house of someone you don´t know and see what happens, how the person lives, what he thinks in that moment… That is the fantasy. Sometimes the stranger turns out to be a normal person, sometimes not quite so normal.
The project consists in an intervention in a real building with fictional situations in which the visible aspects, the live performances, are complemented with information provided through an audio system. The histories and thoughts of the characters, the sounds we hear, add a bigger dimension to the situations represented.

The procedure is similar to the “audioguide” system used in museums, through which the visitor can get information about a certain exhibit and that information changes the meaning of what he sees. The contrast between what you see and what you hear, somewhat like a voice-over in a movie, creates two worlds which sometimes complement and sometimes stand in contrast to each other.

Starting from a small, everyday situation, and using the narratives to get inside a more complex, unexpected universe, to tell stories that are almost impossible to represent with traditional theatrical procedures. A multitude of stories which sometimes resemble different chapters of a great novel. Each spectator selects their own point of view and the order in which they watch the situations. Each situation is independent of the others, but the order in which one chooses to see them will influence one’s perception of the whole.
The spectator is inside the apartments, very close to the actors, in a space which is at the same time the home of someone and the scene of a theatrical performance, making diffuse the distinction between private and public.

A different way of acting, a different way of watching. The theatre as a film set in which the spectator is the camera. A play that interacts with the particular building in which it takes place. The spectator as a “voyeur” of unknown spaces and lives. The city as a stage.
From the windows and from the terrace you can see other buildings of the city. Some illuminated windows far away. People behind those windows. We can see them from here, they can see us from their homes.

Interiors was premiered in 2007. It was part of Proyecto Intervenciones del Centro Cultural Rojas, and Festival Internacional de Buenos Aires. During three months was presented in a building in Corrientes Av. in Buenos Aires. It won the F Prize for Performing Arts.