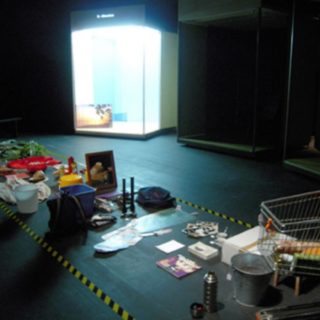 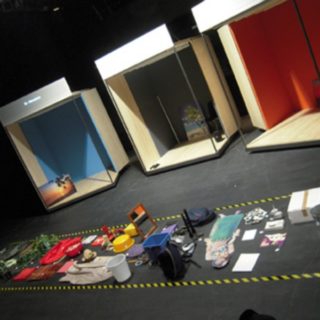 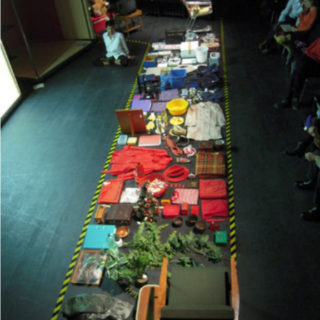 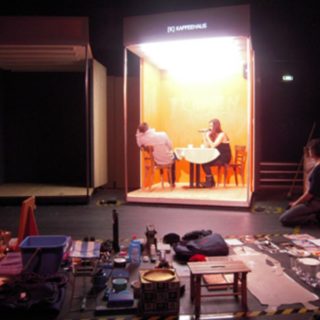 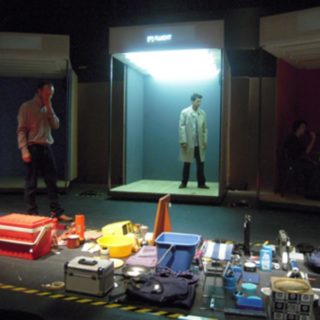 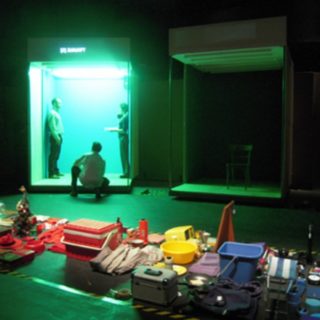 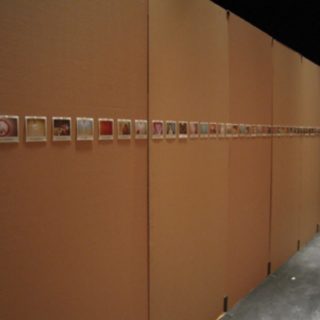 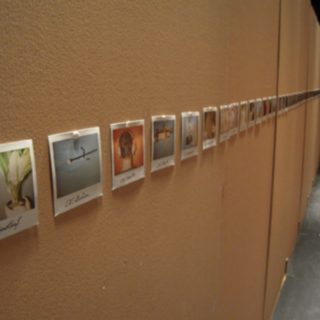 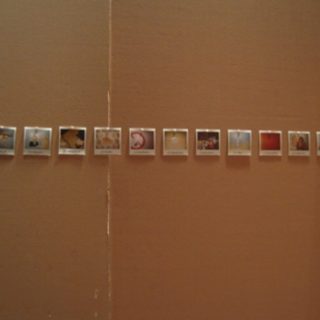 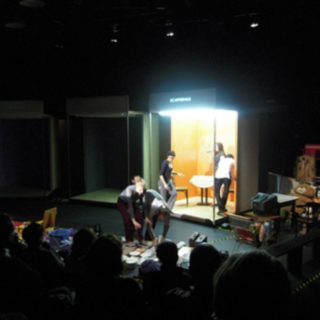 Our lives are films. We can’t go through any life situation without feeling a sort of invisible camera over us, without seeing ourselves inevitably reflected on the memories we have of the actors we’ve seen acting similar scenes. We can even hear the background music of the everyday scenes we live… Music is, as they know well in Hollywood, what gives support to fiction and what lingers on in our fantasies.

But just as it happens in films, our lives do not always turn out to be what we expected. They are full of moments that were about to take place but, in the end, they didn’t.

What are those things we wished we had lived but we didn’t?
And what would have been the background music of those moments?
Is there a way of gathering them all up?

This is what this play is about: an encyclopedia of the moments we wished they had taken place but they didn’t and the songs that should have accompanied them. An Encyclopedia of unlived lives.
A musical compilation, from A to Z, of the situations that would have made us different people.
An encyclopedia as a compilation and as a story of intimate unfulfilled wishes.
A collection of dreamed lives.

Even if our lives and works have become an activity with no real product, as Paolo Virno demonstrates, we can still say that the “product” of the life is the experience, the “lived moments”. But what happens with the “unlived moments”? Are they a “non-product”? Is it possible to bring to life all those unproductive moments?

More than 30 writers, dramaturgs and theorists from all around the world (from Austrian legend Elfride Jelinek to Mexican novelist Juan Villoro) were asked to send collaborations for the encyclopedia in form of short texts focused on moments they wished have lived but they didn’t. Each of those texts was related to one central word (such as “Father”, “Love”, “Journey”, “Theater”, etc.) and becomes part of this infinite encyclopedia.

Some entries from the Encilopaedia: a woman thinks what might have happened if she’d stayed with that man with whom she had a brief affaire; a man imagines the life he might have if suddently abandons his family; another man what if he would be kidnapped because political reasons; another thinks what if he had lived as a gigoló making porn films; another one what could had happened with his life if he would become a leftist revolutionary like his father; another how could have been the life of his mother if he had never existed; and a woman ask herself why she never live what she would like to live.

In the performance the audience has access to the process of creation of the encyclopedia from the texts. Three small sets are part of a mechanism that automatically provides random combinations of words and songs. Five performers create scenes inside those sets related to the words using the texts. A specific part of those scenes is registered using instant Polaroid pictures to the performers request. The pictures capture each of those unlived moments giving them corporality. An installation of all the pictures taken since the beginning of the project can be seen at the entrance and exit of the performance.

A project that becomes a sort of device to modify the past.
A concert with songs that could have framed our alternative lives.
An encyclopedia of lives that could have taken place but didn’t.

It’s a performance that will be presented in different versions, showing diverse texts/words from the encyclopedia each time.