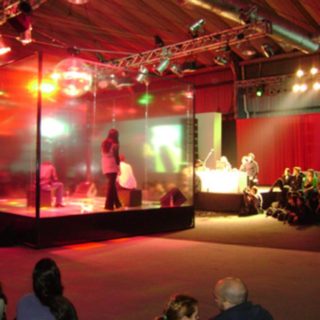 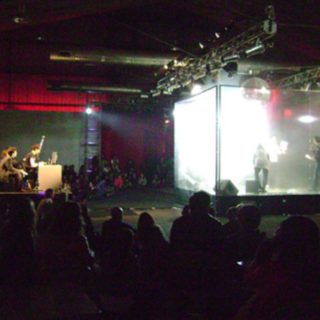 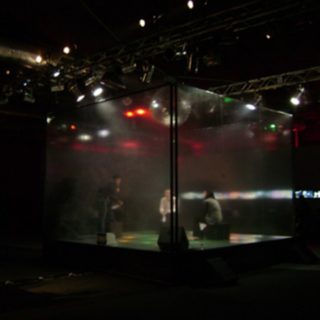 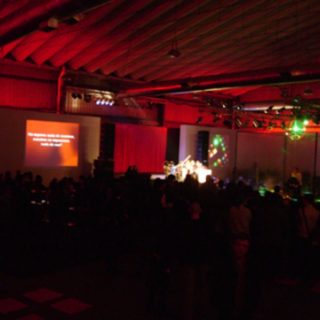 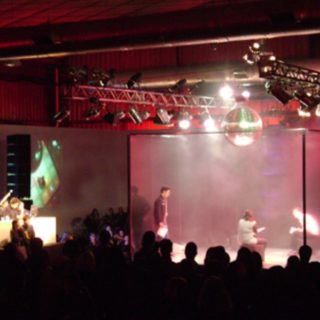 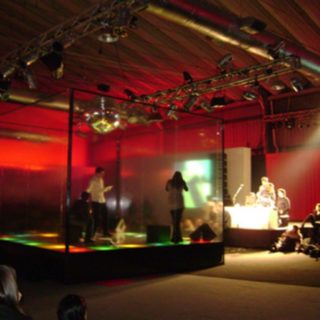 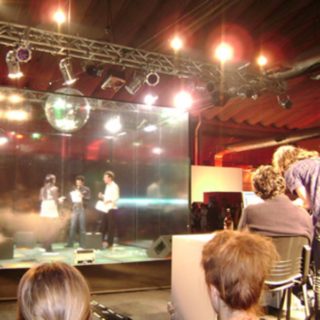 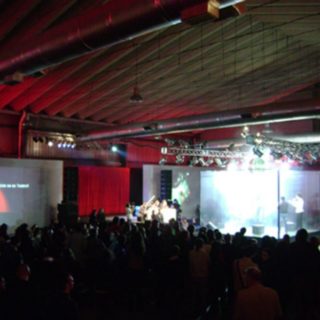 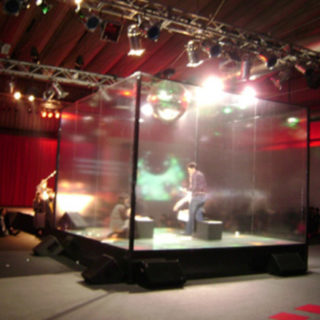 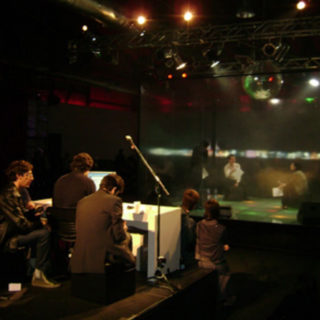 A small Disco club of transparent walls installed in the middle of the place. A floor with lights, a mirror ball spinning in the center. Sometimes a smoke machine turns on making the place blurred.
Viewers can enter the Disco or to see what happens from the outside through the glass walls.
The music sounds loud and with a particularity: every 10 minutes radically change the style of songs you hear. The songs are grouped in three different styles: happy, sad and violent.

Inside the Disco there are three performers with microphones.
Outside there is a podium place for the DJ, but instead of a DJ is a playwright with a computer.

The playwright writes short texts live inspired by the style of music that is played in that moment: happy texts, sad texts and violent text.
The writed texts goes instantly to a printer that is inside the Disco, and the performers receive them.
The three actors read and perform scenes usign the texts while the music goes on in the background. The texts are related to the particular music played in the place at that moment and change every ten minutes: at times the actors have only very sad stories to read or represent, in some very happy and in other violent ones. The actors act according to each of those styles.

Every half hour the playwright change and a new one takes its place, in the manner of different DJs in a real disco. The new playwright, also writes short texts inspired by the music and using his personal style of writing.
Over two hours and a half five different playwrights take the place.

On the sides of the small Disco there’s two video screens. One shows the playwright and sometimes the screen of the computer where he/she wrote. The other shows the Disco with the actors and in times to times statements that encourage viewers to dance with the texts of each playwright appears.

During the intervention the viewer participates in a creative process alive. Improvisation in writing -in which playwrights leave his usual work in isolation- and the music as inspiration leads the representation.